January is the perfect month to start planning your holidays and cultural activities in the coming year. Here’s a Dreams & Design roundup of some exciting contemporary art, fashion, photography and design exhibitions in Europe likely to inspire your future weekend getaways. Ten different cities, ten exhibitions that might encourage you to book a trip in 2019.

1. The Bauhaus comes from Weimar, Bauhaus Museum, Weimar, from 6 April

For the admirers of Bauhaus: a brand new museum and a permanent exhibition to celebrate the 100-year anniversary of the avant-garde German movement right in its birthplace.

For the fans of contemporary photography: more than one hundred works by the German artist, including images, installations and sound works on the subject of time and space.

A comprehensive retrospective of Rothko’s works from his early paintings to the colourful masterpieces of the 1960s. A visual treat and plenty of colour inspiration for art and design lovers.

The major exhibition traces style and legacy of the legendary French couturier from 1947 until now. From the original creations to designs by his successors – a full immersion in the Dior universe.

Melancholy and moody landscapes by the German painter, the first exhibition entirely dedicated to the Seascapes series. Where else, if not on the Spanish coast?

For the lovers of prints and Northern aesthetics: a chance to see the works of an Austrian architect and designer, important figure of the post-war Nordic design.

An exhibition focusing on the New York period (1940-1960s) of the legendary fashion photographer’s career, including his editorials for Vogue and Harper’s Bazaar.

Three hundred works by Victor Vasarely, a Hungarian artist and the precursor of Op-Art. Colour and geometric forms to inspire your creativity.

Another chance to see a retrospective of the Serbian artist, in case you’ve missed it in Florence, this time in a medieval Polish city of Toruń.

Which one would like to see first? Perhaps you have some more recommendations on interesting art and design exhibitions in Europe, let me know! 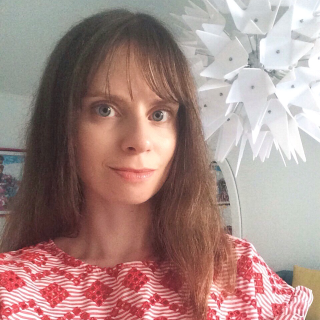